My September in a short phrase: "G'day mate". My travels brought me to Australia and back to Austin. After a week of waking up at 1am, I'm happy to report I'm waking up at 4am. 🤔

Last month I mentioned that our developers are working on a new product. And they are closing in on it (or so they thought). Before Australia, there were 135 items on the "punchlist". Now, there are 41 items remaining.

Well, I've let them in on a secret. This is actually half of the product. And we need to ship the whole product (at least to a limited audience) by the end of the year.

And to get started, we're going to stop working on the product altogether. That got some funny looks at the all-hands meeting... We're going to spend 3 weeks training. We have 7 teams of developers each putting together and launching their very own API program within the next 3 weeks. The goal is for everyone to better understand the full API lifecycle and where we fit in. Our new product is going to accelerate the API lifecycle, and intimate knowledge of the API lifecycle is a must-have to be a fully-contributing Redocker. Since we had no projects on the table for full API lifecycle, we invented one that was small enough to hopefully fit into a 3 week period (Parkinson's law). And we like project-based training exercises.

I'll share more on how our training went in my next update.

On to the things we did ship that you can use today.

Beth, from Checkr, said: “The talents of startup developers are better spent building their company’s product software, than building their doc tooling.” ”

On the Workflows side, you can automatically place a mock server into the docs (for code samples and the try it console) into the first server position, last server position, or replace the servers altogether. You can also control this behavior separately for previews versus production builds which can enable mocks in a design-first (previews environments), and real servers for the production docs.

We also added the ability for you to switch (and see) your connected GitHub user account (yep, that's for those of you who have more than one account). And as I had mentioned last month, we improved our online file editor. 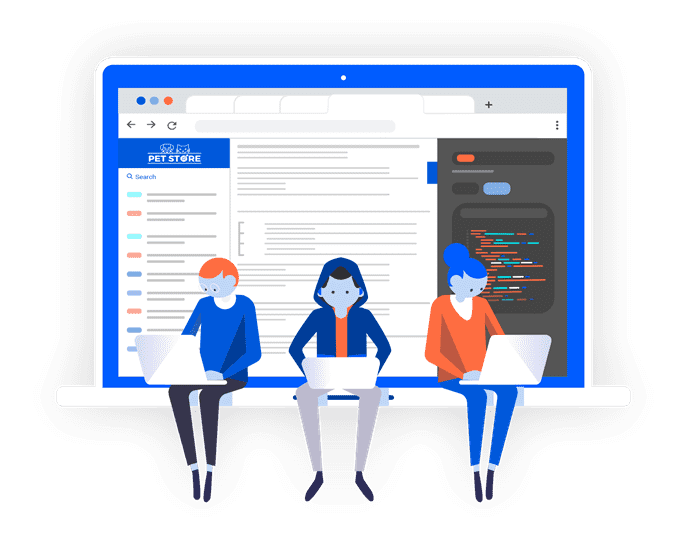 A final reminder from the last two updates: we renamed Reference docs to API docs because it is more clear to new users.

Some of the changes:

We also fixed a bunch of bugs and made other minor enhancements.

Features in the developer portal?

We've almost managed to hold the line on the freeze here. 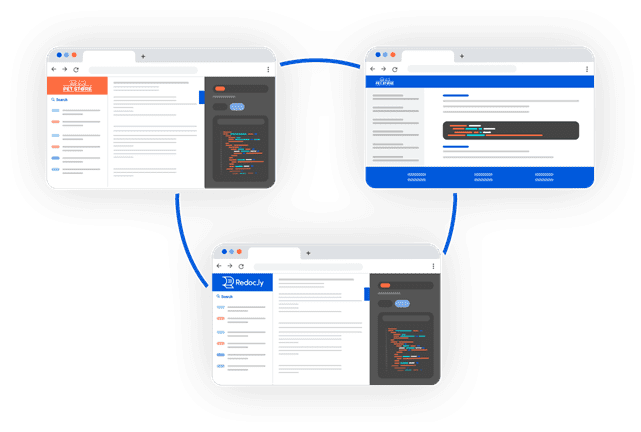 Reminder: OpenAPI CLI was renamed to Redocly CLI and we announced that for the past several months. We can still see from npm that the old package is still being used heavily. Please use the new package (change in package.json from @redocly/openapi-cli to @redocly/cli and update to the latest version).

A few updates about rules:

We added a new command build-docs which builds Redoc API docs into a zero-dependency HTML file. More accurately, this is ported and revised build command from redoc-cli (which is deprecated).

The full list of fixes and enhancements is available in the Redocly CLI changelog.

A tech writer's guide to the Redocly galaxy

A new series for tech writers about docs-as-code

Round-up of product features and enhancements from September 2022