When you add an API in Redocly, you connect it to a source. You can create a version when you are adding an API, or add a new version to an existing API.

You can use the same source for multiple versions.

Follow the API registry quickstart guide for the fastest way to add a new API to the registry.

The procedure is similar when adding a new version to an existing API.

Learn more about the version sources supported in the Redocly API registry.

Delete a version and its API docs from the registry on the Settings > Delete page. For more information, refer to the Delete version page.

A version can change. It has its own history shown in the logs on the Overview page. 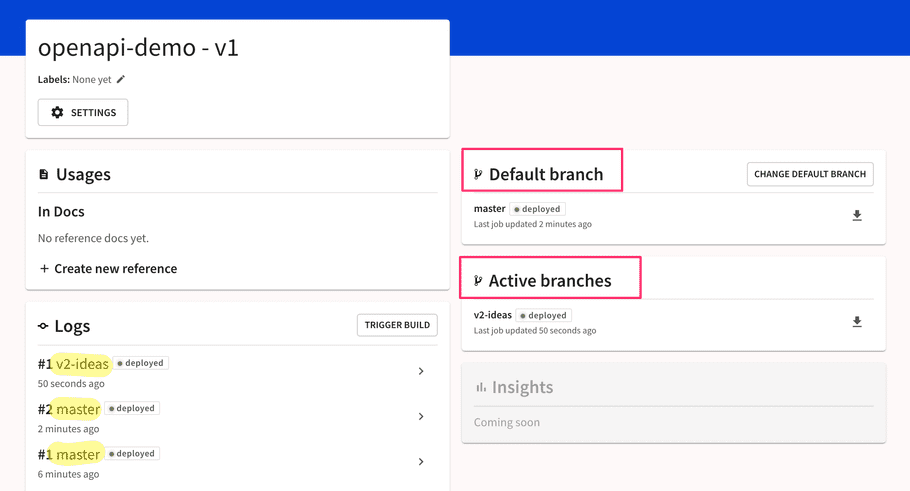 The Logs section on the Overview page shows the recent builds from any branches associated with the version.

A version can have one or more branches. It will have one default branch that is set when you connect your source.

For more information, refer to the Branches page.

You can use environment variables to set up different configuration options for different builds, or to define conditions under which specific content appears in a particular build.

Environment files are used only for building developer portals. Any existing .env. files in your project don't apply to API versions or docs in Redocly Workflows.

More details about supported environment variables and their usage are available in the Developer portal section of the documentation.

Note that environment variables cannot be used within the OpenAPI definitions themselves. They are supported within custom plugins, rules, and decorators.